At this most blessed and holy time of year, everyone at Islamic Relief Worldwide would like to wish you Eid Mubarak. Those who are on Hajj this year have spent the day of Arafat seeking Allah’s forgiveness and many of us who are not fortunate to be there have spent the day fasting. 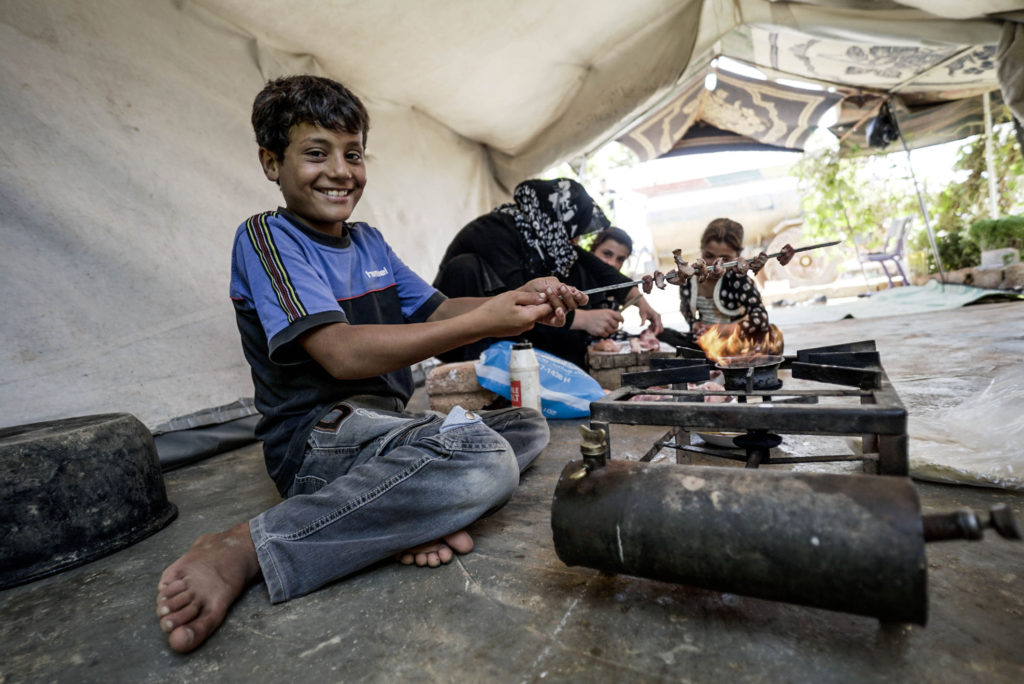 As you spend time with your families and friends this Eid, Islamic Relief is helping families celebrate Eid in some of the most dangerous crisis zones in the world, such as Yemen, Iraq and Syria; and those affected by natural disasters, such as the recent flooding in India and Bangladesh.

This year we have provided more than 7,000 sheep and 19 cows in northern Syria and Turkey and besieged areas in Homs, rural Damascus where hundreds of thousands of people are trapped and aid is almost impossible to deliver.

In northern Homs and rural Damascus, there are so few animals that prices have rocketed and are now beyond the means of even middle class families. Malnutrition is rife.

“There is untold suffering in these besieged areas and people feel abandoned and forgotten,” said Mohammed, Islamic Relief’s Syria Programme Coordinator. “We have to get food and other aid through to them and let them know that people care, especially during Eid.”

At £1.5 million, Syria is one of our biggest and most expensive Qurbani operations, with cows costing approximately £1,500 each.