A leading public health expert has called for greater support for humanitarian organisations working in Syria – including Islamic Relief – to fight a new polio outbreak in the country.

Dr Annie Sparrow has indicated that there have been more than 90 cases of polio in Syria since the outbreak of the civil crisis. Largely unreported, Dr Sparrow’s study indicates that 90,000 infected people are currently carrying and spreading the potentially life-threatening viral infection across the country.

In a Global Observatory article, the doctor notes that in some communities inside the disaster conditions are “perfect” for polio and other infectious diseases. According to the paediatrician, the cases of polio have appeared in governorates where no vaccinations have taken place, where health clinics have been destroyed, or where there is no power to keep the vaccinations refrigerated. She also cites dangers to healthcare and relief workers “on a scale that’s unprecedented” as a prominent factor in the outbreak.

Each case of polio represents up to a thousand others
Polio has been identified in seven governorates, but – with only a small percentage of infected children showing any symptoms – the disease is notoriously difficult to recognise.

“Only a tiny percentage of the children who are infected become paralysed,” says Dr Sparrow. “And that’s why each case represents up to a thousand other children, particularly in the conditions under which Syrian children live—in these highly overcrowded conditions where three or four families are living under one roof with very poor public health, very poor hygiene and sanitation, and unsafe water.” 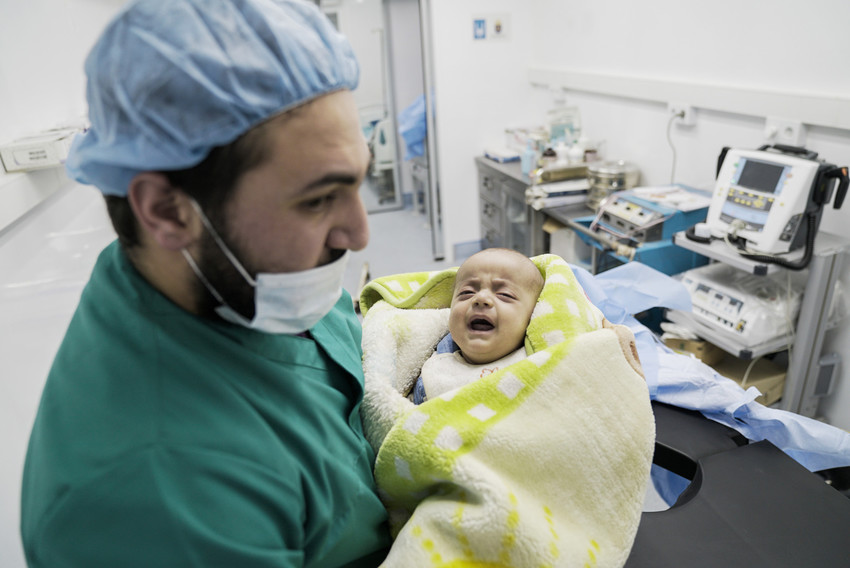 A radical and global threat
“This is a radical threat,” says the doctor, who has worked in numerous crisis zones over the past 15 years. “We need the UN Security Council to mandate a cross-border mandate which enables access across Turkey, across Lebanon, across Jordan, in order to be able to reach these children—not only to vaccinate them, but to bring clean water, food (vaccination is less effective in starving children), and access to treatment so affected children don’t become permanently paralysed.

“We need all members of the UN Security Council, particularly Russia, who has a great deal of influence, to be aware of this radical threat, and to take a responsible position in responding to this global threat. And those organisations working in Syria need a lot more assistance – such as the ACU, the Syrian American Medical Society, Islamic Relief, to name a few.”

Islamic Relief is focussed on medical aid
Islamic Relief has been working in Syia crisis since 2012 and continues to provide vital humanitarian aid inside Syria and in nearby countries to support families seeking safety.

We are focussed on the growing medical crisis inside Syria, where medical supplies are very low and where at least 59 per cent of public hospitals have been damaged or destroyed. We have spent £700,000 to date on medical aid, but much more is needed.

Please help us to continue to deliver our vital programmes to ease the suffering of Syria’s most vulnerable families. Donate to our Syria appeal today.