Mohammed Hamza, Programme Officer for Islamic Relief in Idlib, reports on how recent flooding is compounding cold, hunger and suffering in northwest Syria. 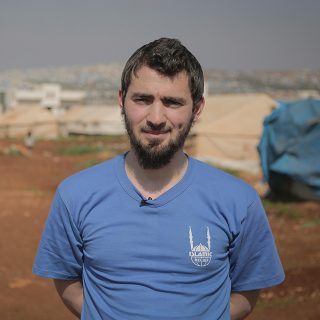 I’ve just returned from a visit to the camps in Idlib to assess the damage wreaked by the past few days heavy rains and to help those affected. It’s a sorry sight. Women and small children washed out of their tents; left with nothing, freezing cold and hungry.

I spoke to one woman called Oum Yousuf whose husband was killed recently by a bombing attack. She did everything she could to try and keep the rain at bay, putting rocks at the bottom of the tent to stop the water getting in, trying to protect her eight children. She had to give up in the end and walked up the hill to shelter in a friend’s tent.

Like everyone in the camp, she was exhausted. She told me: “I can cope with losing my home again but I really need to eat.”

Like the majority of the camp, she is getting by with only one meal a day or less. And sometimes all she has is scraps of bread and hot tea to sustain the family.

We visited Al Alassdekaa (Friends) camp, which is home to 208 families (approximately 1,000 people). The majority of the tents were destroyed and food supplies, blankets and mattresses all soaked.

The heavy rains were just too much for the people in this camp, living in dire poverty in flimsy tents made from plastic sheeting; some of them with just the bare earth as a floor.

They don’t have any work, no income and are entirely dependent on humanitarian organisations to get by.

Now, the camp has been turned into a quagmire, with people struggling to be able to walk about. People don’t have their own water supplies and many are now unable to access the water tanks in the camp.

The situation is compounded by the Covid-19 pandemic, the deteriorating economic crisis in Syria and challenges facing non-governmental organisations operating in Syria

The needs are increasing but it’s becoming more and difficult to help people.

We visit the camps every day to do what we can, but it’s heartbreaking that we can only provide a sticking plaster. We cannot change their situation. We have to do what we can to make their lives as comfortable as possible. 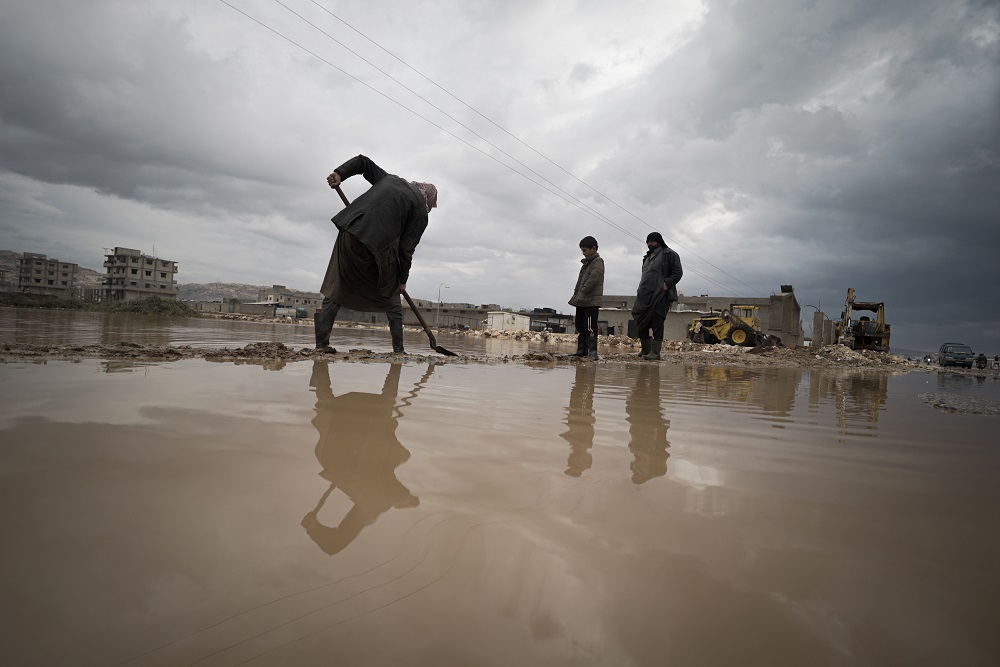 Many of the people in the flooded camps have been uprooted again and again in a desperate search for safety.

So far this month, we have distributed heating materials and vouchers to more than 60,000 people to protect them from the cold.

And since the heavy rain started we have distributed 200 tents, 500 sets of mattresses, plastic sheets, blankets and 1,000 ready to eat meals for the most vulnerable.

Every time we reach a new camp, we are inundated with families pleading for us to come and see their destroyed tent. As a father of three young children I can imagine how these parents feel unable to protect their children from the cold and the rain.

It doesn’t help that the security situation is also volatile. Most of the people in the camps have fled their homes several times.

And they have that fear in their stomach that they will have to flee again. I cannot describe how exhausting this feeling is. I myself have been displaced four times.

I graduated in economics at Aleppo University in 2011 and I was looking forward to going to the UK to study an MA the following year.

However, my dreams were curtailed as I was caught up in an attack on the way to the airport in the suburbs of Damascus. The crisis escalated and the whole district came under siege and was bombarded by explosive barrels. For 18 months we lived in the shadow of death, surviving on the scraps of food we could find in the streets or the leaves on the trees.

I finally made it back to Aleppo where I started working for Islamic Relief, and I have been displaced several times since, most recently last year to a small village near the border with Turkey.

Several times I have thought of moving to Turkey for a safer life, but each time I think that if I do, who will help these people left behind?

I return to the safety of my house and I see my children happy, warm and well-fed. And I thank God.

But it breaks my heart knowing that so many parents cannot give this to their children. I think of women like Oum Yousuf and her young boy who I met today. He never met and will never know his father.

And that’s what drives me on.

Tomorrow, I will be out there again but I hope that it doesn’t always have to be like this; and a brighter future awaits for the Syrian people who have suffered too much.