Idlib hospital bombed as Ramadan prayers cancelled due to violence

Fresh bombing damaged two hospitals in north-west Syria on Tuesday, forcing them to shut their doors. This included one major trauma hospital in Idlib that has been supported by Islamic Relief for years and which was partially built in an underground cave in an attempt to protect it from attacks.

The attacks come a day after at least 17 people were killed – including women and five children– in a slew of attacks across Idlib, according to a monitor. Estimates by the Syrian Civil Defence put the figure even higher and said six children were killed.

In the last three weeks, there have been at least 20 attacks on 18 different facilities in Idlib – roughly one a day.

The uptick in violence has also forced many mosques to cancel all prayers on Tuesday with fears high that civilian infrastructure such as mosques, hospitals and markets where civilians tend to gather, could bear the brunt of the attacks.

Thousands of people have had to take refuge in their homes and hide out in the dark to avoid being spotted from above. Families have been left to break their Ramadan fast in the dark and to eat in the pitch black at night. Many are too scared to venture out to buy food, forcing people to live on existing supplies and to go hungry in some cases.

“The bombing of hospitals is disgraceful and the closure of one of Idlib’s largest trauma centres will have devastating impact on innocent men, women and children who have become collateral damage in this brutal crisis.

“People are simply terrified and do not know what is going to happen next. In the last few weeks some 300,000 people have had to leave their homes out of fear and hundreds of thousands of others think that they will be next,” said Ahmed Mahmoud*, Islamic Relief’s Syria Country Director, quoting health cluster data on displacement.

“Ramadan is supposed to be a holy month, where families and friends can gather in peace but in north-west Syria there is simply no respite. There is an ever-shrinking amount of food and supplies of basic medicine are fast running out.

“Hospitals have had to shut their doors or reduce their services. Schools are not operating in many areas and now mosques are having to close because time and again in this crisis, places where civilians gather have been seen as fair game and have left people feeling like absolutely nowhere is safe.

“Scores have also been robbed of the most basic of pleasures of spending Ramadan with their families and have been forcibly separated from them by the violence. As displacement has escalated rapidly, people say they have not been able to reach loved ones and simply do not know if their mothers, fathers, brothers, sisters and sons and daughters are safe or if they have become the latest victims in this crisis which has already claimed far too many lives.

“Every bomb that falls, only acts as a reminder that not only is this tragedy far from over, but that for the three million people in Idlib, things might only get worse.” 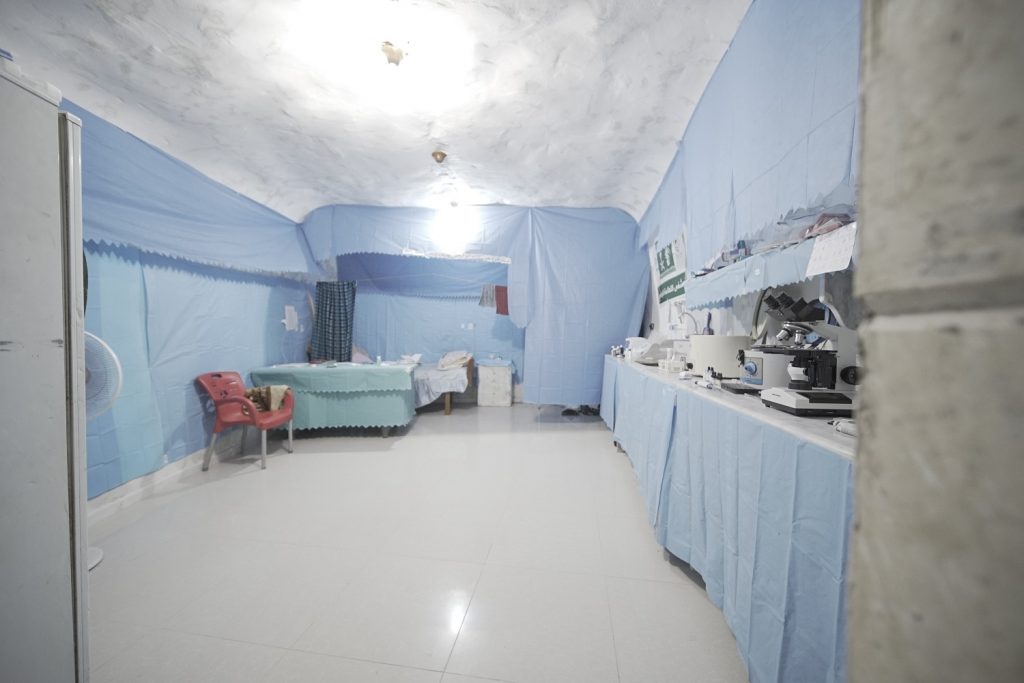 A Syrian hospital which has been partially built into a cave to provide some protection from attacks.

This tragedy is far from over

More than 300 civilians – including dozens of women and children – have been killed since the latest escalation began in late April, with scores more injured.

According to UN OCHA, 25 schools and 20 health facilities had been affected, some more than once in this escalation in the last few weeks. School exams for at least 400,000 students have also had to be postponed.

Islamic Relief’s has two operational offices in north-western Syria and provides material assistance – such as tents and supplies – to displaced families, as well as food and financial support to tens of thousands of others who struggle to make ends meet.

We are currently running Ramadan food distributions, ensuring that more than 73,000 people in Syria can at least know that they have one meal at the end of the day with which to break their fast.

Islamic Relief also provides medical support to several hospitals in the area, including medical items to specialised trauma hospitals, pays the salaries of some 150 medical staff and runs four mobile emergency operation rooms that allow operations to continue even under heavy bombardment