North-west Syria has been hit with extremely heavy rains, causing widespread devastation. Displaced families living in camps have been hit the hardest as tents struggle to withstand the harsh weather. Nearly 35,000  families in 228  camps have been affected by the flooding.

Many families are now exposed to these extreme weather conditions as tents have been severely damaged and destroyed. Food supplies and possessions have also been lost, leaving families hungry and struggling amid a very harsh winter.

Families already on the brink

The floods are having a devastating impact on those who are already at breaking point and fearing for their lives. The protracted crisis in Syria over the last ten years has left more than 80% of the population living under the poverty line. Recent economic shocks caused by Covid-19 and the banking crisis in neighbouring Lebanon have rendered many more vulnerable. Millions of women, children and men continue to rely on humanitarian assistance to meet their basic needs.

Since the crisis began, over 6 million people have displaced internally, around 80% of them women and children. People have been forced to live in severely overcrowded conditions lacking even basic facilities, and for some even their tents have now been destroyed.

We urgently need your support to help these families

Flood-affected families are in dire need of emergency shelter, water and sanitation as the flooding has caused major damage to infrastructure. Movement between tents has become very difficult, and many are struggling to access water tanks and bathroom facilities. There is also no sewage drainage in most of the camps, making conditions even worse. Schools in camps and local communities were also suspended amid fears of buildings falling apart. 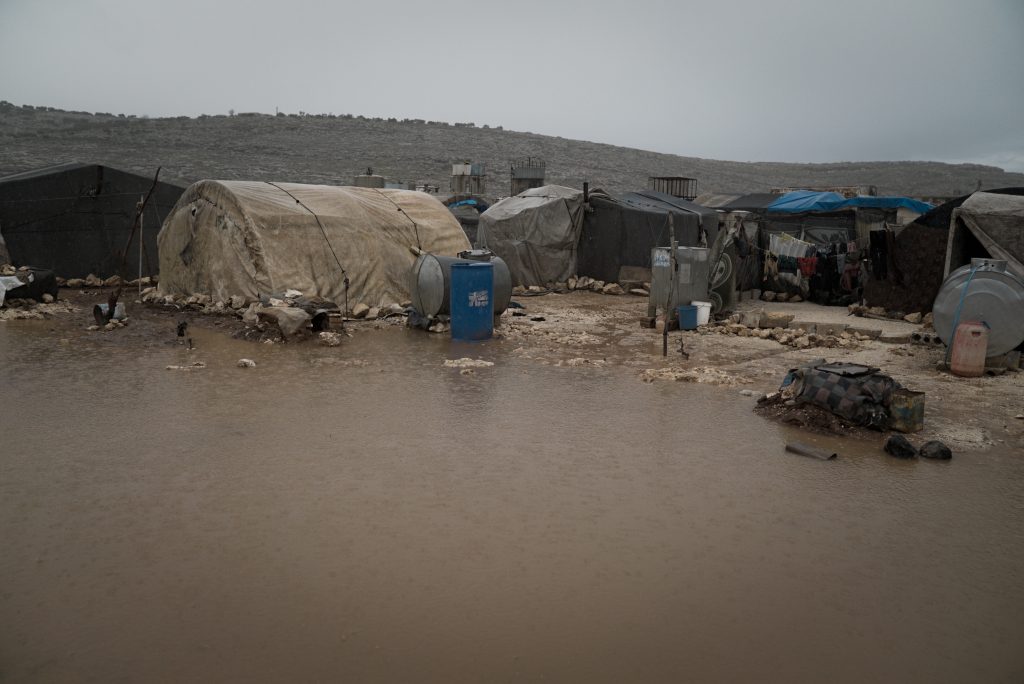 Islamic Relief is working in north-west Syria and will immediately be providing affected families with tents, mattresses, blankets, plastic sheets, and ready meals. Other measures include providing warm clothing, shoes and coal for heating. We are working closely with local camp management staff, and other key humanitarian actors in the region to coordinate our response going forward, prioritising support to those who have been worst hit by the flooding.

Prior to the recent flooding, Islamic Relief were already supporting displaced vulnerable families amid the harsh winter in north-west Syria, distributing heating materials and financial assistance to more than 60,000 people this month alone.