All of Um Mohammed’s children were injured, and her husband too. Most of the time they had nothing to eat. One of her sons died from his wounds. 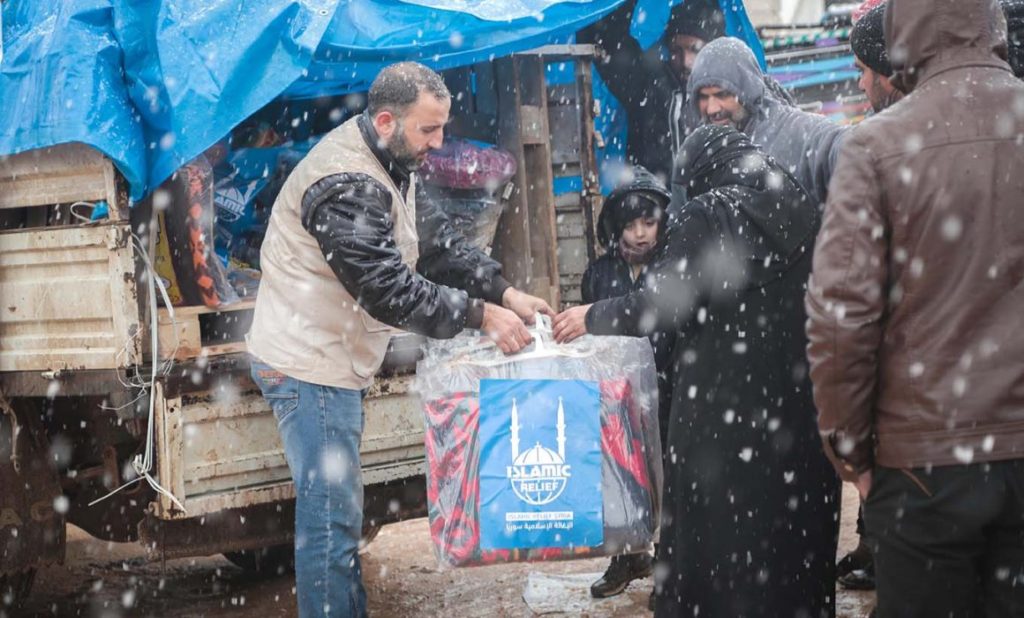 Um Mohammed is a mother from Aleppo whose life has been turned upside down by the ongoing crisis.

“The last 20 days were the worst days we have suffered. It’s like the last five years of suffering

all at once. Children, women and the elderly are living in fear. We moved from house to house and the airstrikes were non-stop. We couldn’t sleep and the cold weather was also killing us.”

All of Um Mohammed’s children were injured, and her husband too. Most of the time they had nothing to eat. One of her sons died from his wounds.

After suffering and great loss the family finally reached a camp. Despite her tragedies, Um Mohammed said:

“I thank God for the people who greeted us and gave us basic amenities – mattresses, towels, clothing – and we thank God that the rest of the family is alive.”

As the Syria crisis enters its seventh year, civilians continue to bear the brunt of a crisis marked by unparalleled suffering, destruction and disregard for human life. Um Mohammed is just one of millions of Syrians in need of humanitarian assistance.

Roughly a quarter of the Syrian population across nearly all governorates are in need of shelter and other essential supplies. This reflects a continued decline in the overall resilience levels of people in Syria, and the recurring and persistent barriers that stand in the way of addressing these needs.

The need will increase especially with the growth in the number of people within Syria who have been displaced from their homes after increasing crisis in eastern Aleppo last December. Furthermore, advanced assistance will be required with start of the winter.

Islamic Relief started its winter project early this year in order to reach this increasing number of people on time. Winter aid included the distribution of more than 72,000 blankets, 43,000 mattresses, 34,000 plastic sheets, 14,000 plastic mats, 285 tents as well as 10,500 winter clothes kits. With this response we aim to reduce the suffering of 125,000 people inside Syria.