As the world marks the third anniversary of Syria’s crisis, Islamic Relief has renewed its emergency appeal.

Vulnerable Syrians are bearing the brunt of what has become the worst humanitarian crisis of the 21st century.

Around 9.3 million people inside the crisis country now require humanitarian assistance. Almost half of these are children. Millions have been forced from their homes, and the number of people driven from the country has now topped 2.5 million.

No end to the violence is yet in sight, and the situation inside the crisis country continues to deteriorate. Thousands of schools have been destroyed, and the country’s health system has effectively collapsed. Water supplies have been cut and food is in short supply. In Syria today, around 6.5 million people are internally displaced.

Islamic Relief has been on the ground in Syria since 2011, when the crisis began. Last year, our multi-million pound emergency programmes helped over 1.4 million people inside the country, and hundreds of thousands of refugees in nearby countries.

As the crisis enters its fourth year, Islamic Relief continues to support people in Syria and neighbouring countries. 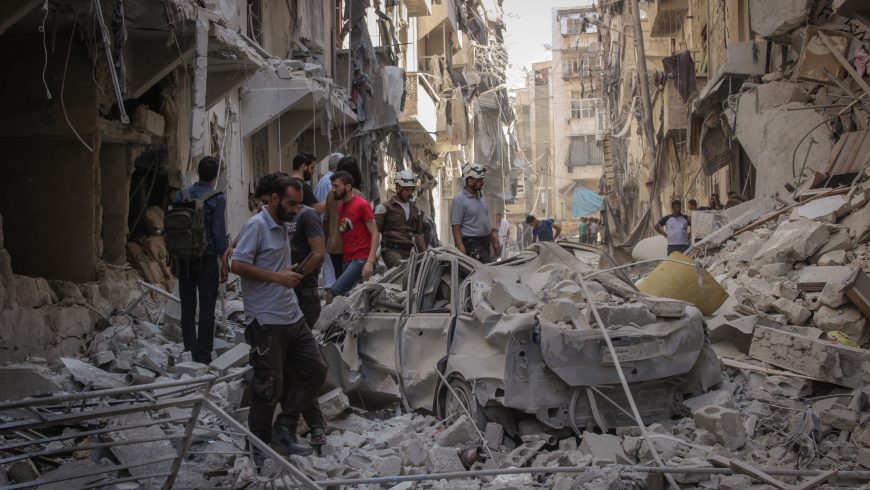 Our recent agreement with the United Nations Relief and Works Agency (UNRWA) has also secured food aid and emergency sanitary kits for over 70,000 people in the besieged camp of Yarmouk, and other areas around Damascus facing severe hardship.

Last month, vulnerable families inside Syria received food, blankets and other essential items designed to provide some relief. In Jordan, Iraq, and Lebanon, we helped thousands of refugee families to meet their basic needs – including food, shelter, and health.

We also continue to call for essential humanitarian corridors, and work with other NGOs to lobby for immediate action to halt the violence.

Millions more need help. With your support, we can continue to reach those whose lives have been shattered by the crisis.