Islamic Relief staff working inside Syria say civilians caught up in the battle for Aleppo are “the poorest of the poor”.

Islamic Relief is one of the only NGOs still operational inside Syria’s most densely populated city which has now seen its last remaining supply route cut off. 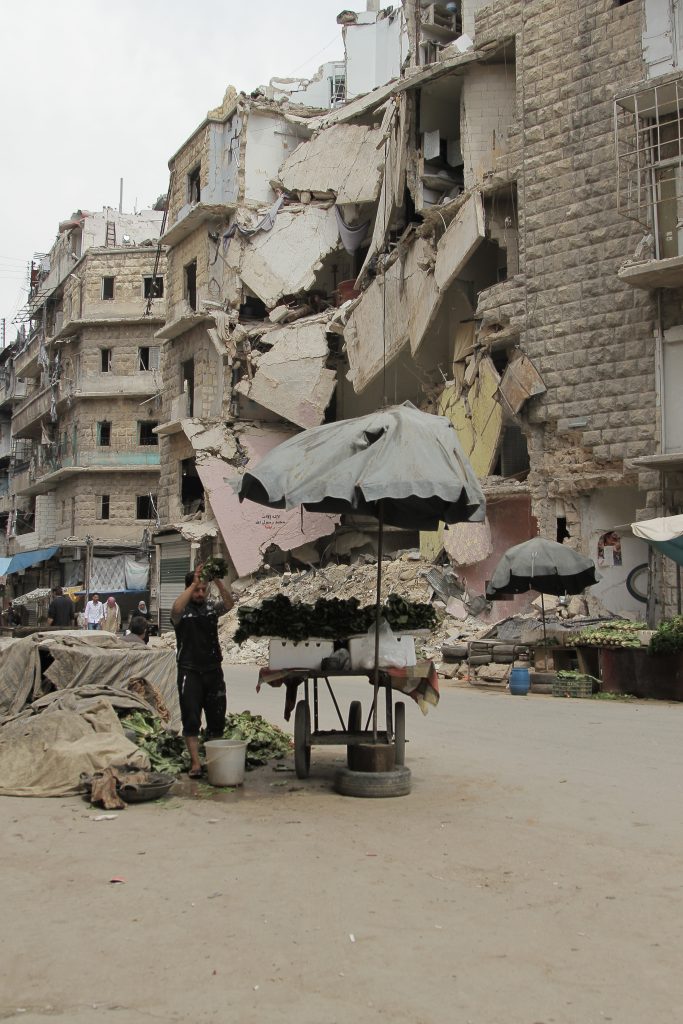 Ahmed Mahmoud, spokesperson for Islamic Relief’s team in Syria, said: “The people left in Aleppo are people who are not able to move – people with disabilities, older people, or the poorest of the poor.

“There was a time when the people that could get out were selling their furniture just so they could rent a car and leave the city.”

He added: “Some people remain because they don’t want to die in an airstrike on a refugee camp, or by drowning trying to cross the Mediterranean, or in a difficult situation in the desert because the border they are trying to cross is closed.”

In the last three weeks, since attacks in Aleppo intensified, there have been reports of more than 500 civilian deaths.

The crisis has damaged the only blood bank in Aleppo and the forensic building where dead bodies are taken following airstrikes, barrel bombs and other attacks.

Mr Mahmoud said: “Until the last few days when Castello Road was cut off we were able to bring supplies into the city – emergency medical supplies, drugs, drinking water, hygiene items, flour and food parcels.

“Fuel levels are also getting very low and this will affect all aspects of life inside the city because electricity, medical facilities and bakeries all depend on fuel.

“If this problem is not solved soon it will be a huge catastrophe.”

The city’s markets are bare, with just a small supply of locally grown vegetables, and the UN Office for the Coordination of Humanitarian Affairs (OCHA) estimates remaining food supplies can feed 145,000 people for less than three weeks. 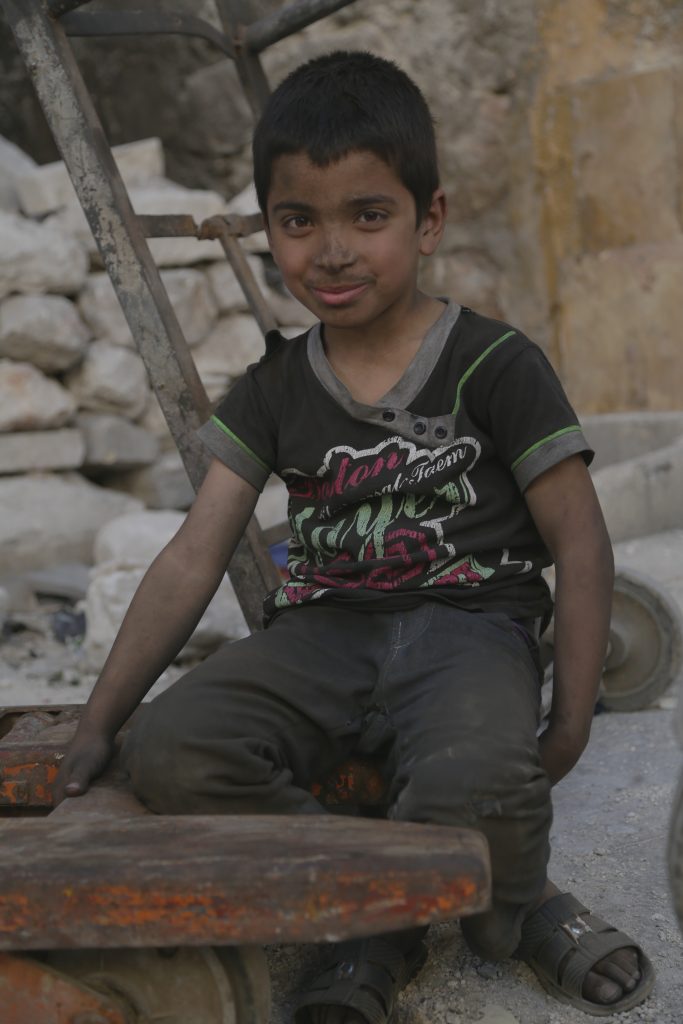 Mr Mahmoud said: “I was talking to our staff in Aleppo just the other day when there was an airstrike on an adjacent building and we had to cut the call.

“The team there is still functional and they’re still in touch with the local council, who are now trying to ration stocks of all items within the city.”

Islamic Relief has prepared stock ready for distribution and the Syria team is also refilling a warehouse just outside Aleppo in preparation for the reopening of any route back into the city.

Mr Mahmoud said: “Nearly 80% of our staff are no longer living in their own homes within the country.

“Several have lost brothers, children or other relatives, and we previously lost two of our team inside the country.

“There is nowhere safe anymore in all of Aleppo city – not a single safe haven.”

“People have lost hope in anything except their God.

“They left their homes because of bombardments and moved into camps.

“The camps were hit, so they moved into schools.

“The schools were hit, so they were taken to hospital.

“The hospitals were hit, so where else would they go?

“Before it was cut off there were 20 to 50 civilians every day dying on the main road in and out of Aleppo. Even ambulances trying to pass along that road were targeted.

“This is the shame of humanity.

“Civilians need their right to protection, and not just protection of civilians but of civilian infrastructure.

“Our priority must be to highlight that all parties to the crisis must respect international law.” 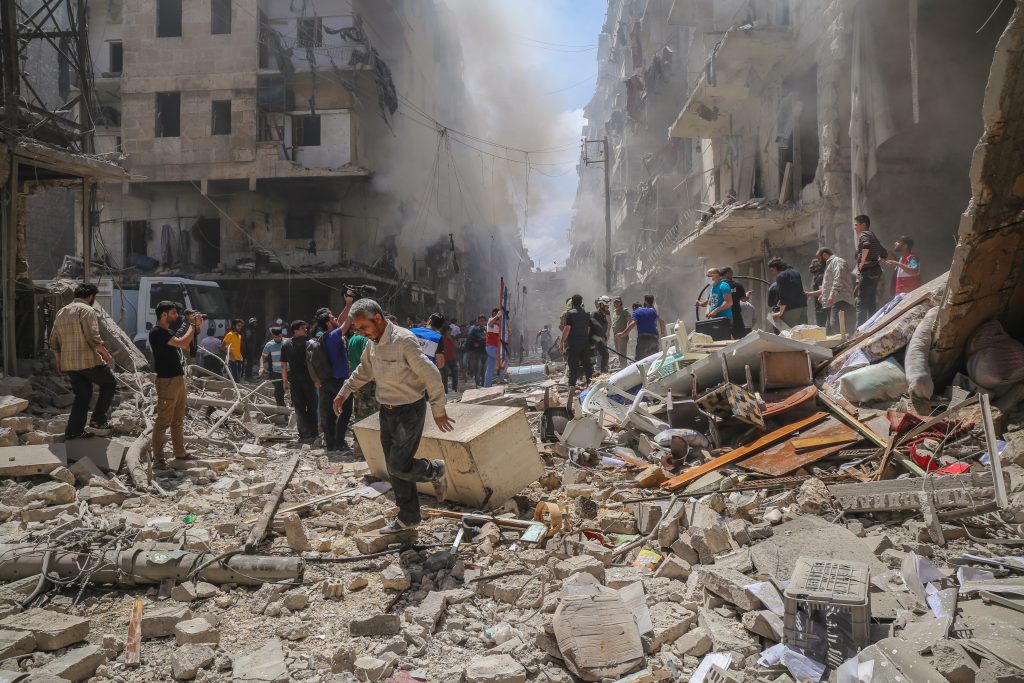 BACKGROUND: According to the Syrian Centre for Policy Research, since the crisis began five years ago, nearly half a million people have lost their lives – and 5 million have become refugees.

Islamic Relief is working on the ground deep inside Syria since 2012 and also in neighbouring countries.

We’ve reached over 6.5 million Syrians so far. We’ve been working to prepare the residents of Aleppo for this moment, stockpiling medical and food supplies and other items. .

In February a ceasefire was agreed, but not all parties respected the temporary peace agreement.

The current situation in and around Aleppo highlights how fragile that peace accord is and how urgently humanitarian aid is needed.